Articles, essays and biographies written by Nyamekye Smith, "The Circle." 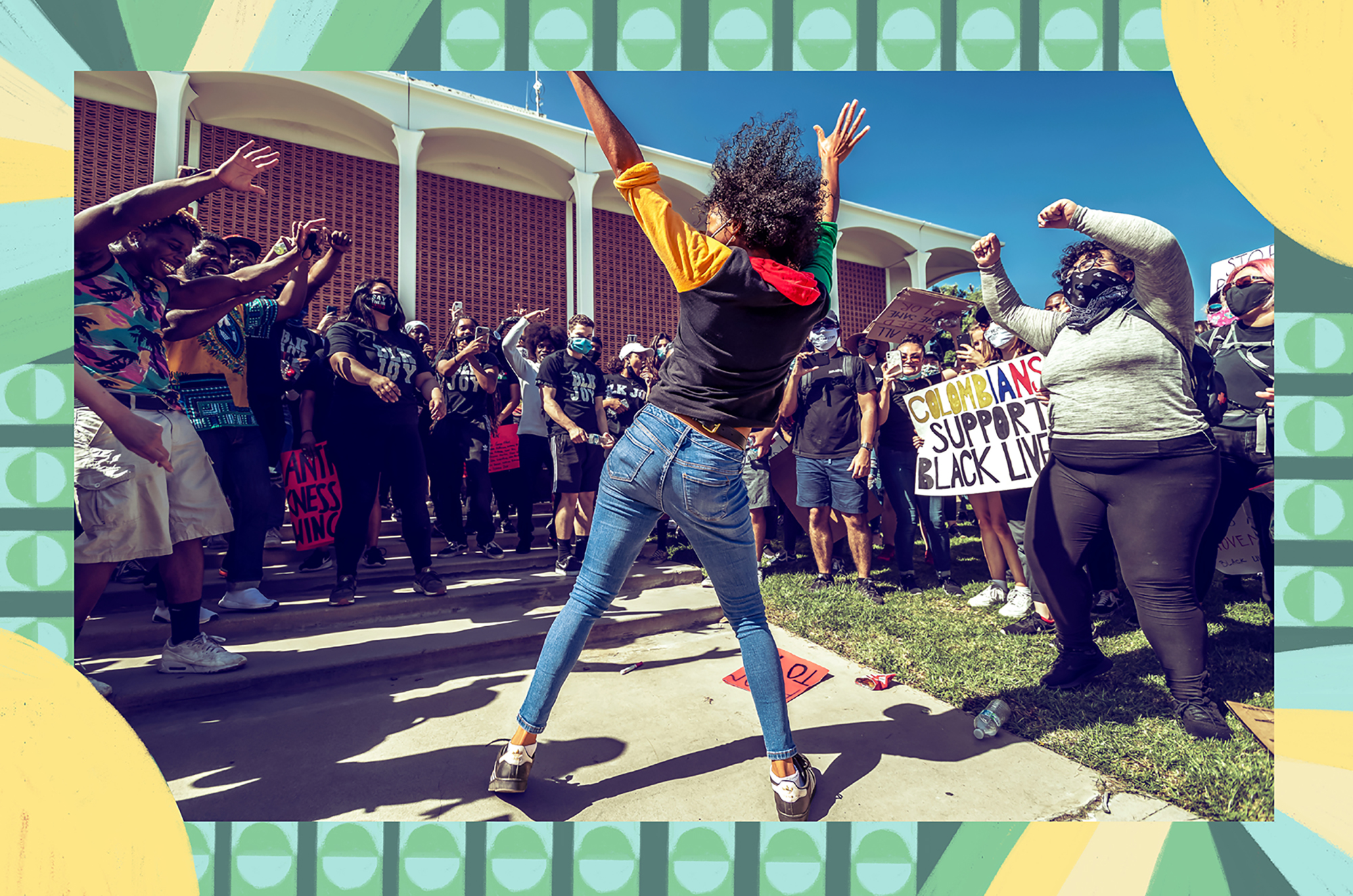 The unbreakable connection between black women, dance, and mental health

Taking a deeper look at the heavy mental load that Black women often carry, as well as the magic that they’ve managed to create throughout history — through the power of dance.

You may have caught a glimpse of the mesmerizing movement on your Explore page, or you might've peeped the repost with over 1M views right on Chloe x Halle's Instagram page. But if you haven't watched it yet, you need to. The viral "bbygrl" video, highlighting 20 Black dancers of all shapes, complexions, and sizes came from the mind (and heart) of choreographer and visual artist, Thom White. He conceptualized, choreographed, cast, directed, and edited this mind-blowing creative project—all while in lockdown—leaving viewers feeling beautiful, healed, and empowered (and bringing many to tears!). 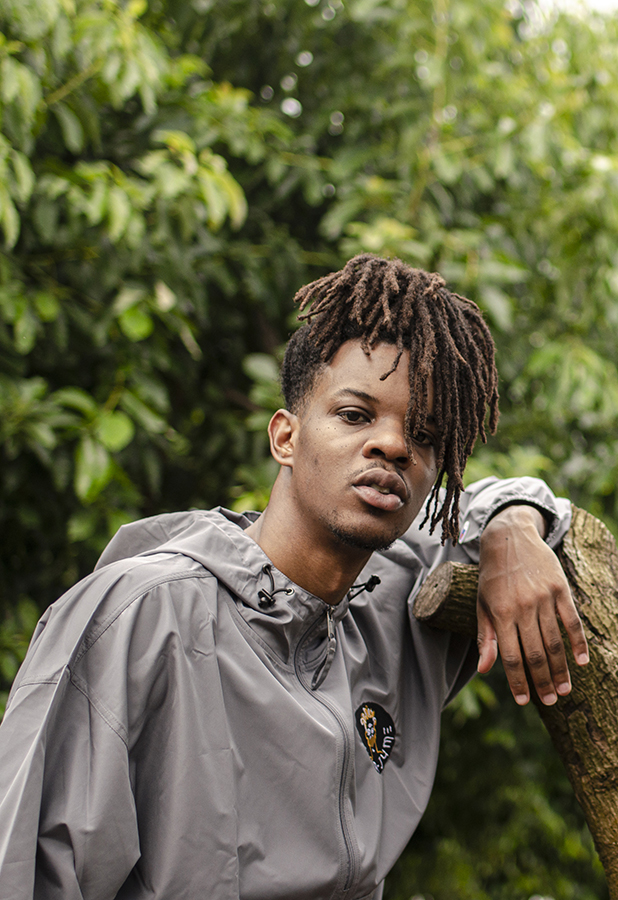 Jean-Jume is a creative artist at heart, in and outside of the recording studio. Born and raised in Miami, Florida, his eclectic sound transports listeners to a new sonic realm as reflections of his life experiences translate into his work.

"I don’t think about art when I’m working. I try to think about life." These words were spoken by the late, great artist Jean-Michel Basquiat, who not only inspired Jean-Jume’s name, but indicated a true alignment in their approach to creating. Their interconnection expands through Jume’s habit of sketching out every detail of his visual concepts before bringing them into reality.

the benefits of incorporating meditation into dance education

Meditation is a tool that trains attention and awareness, improving mental clarity and ultimately helping dancers (and teachers!) get out of their heads and into the moment. But doing meditation right goes way beyond the typical sitting and chanting.

Though an “om” every now and then doesn’t hurt, there are numerous other ways to tap into a meditative state, dance itself being one of them. 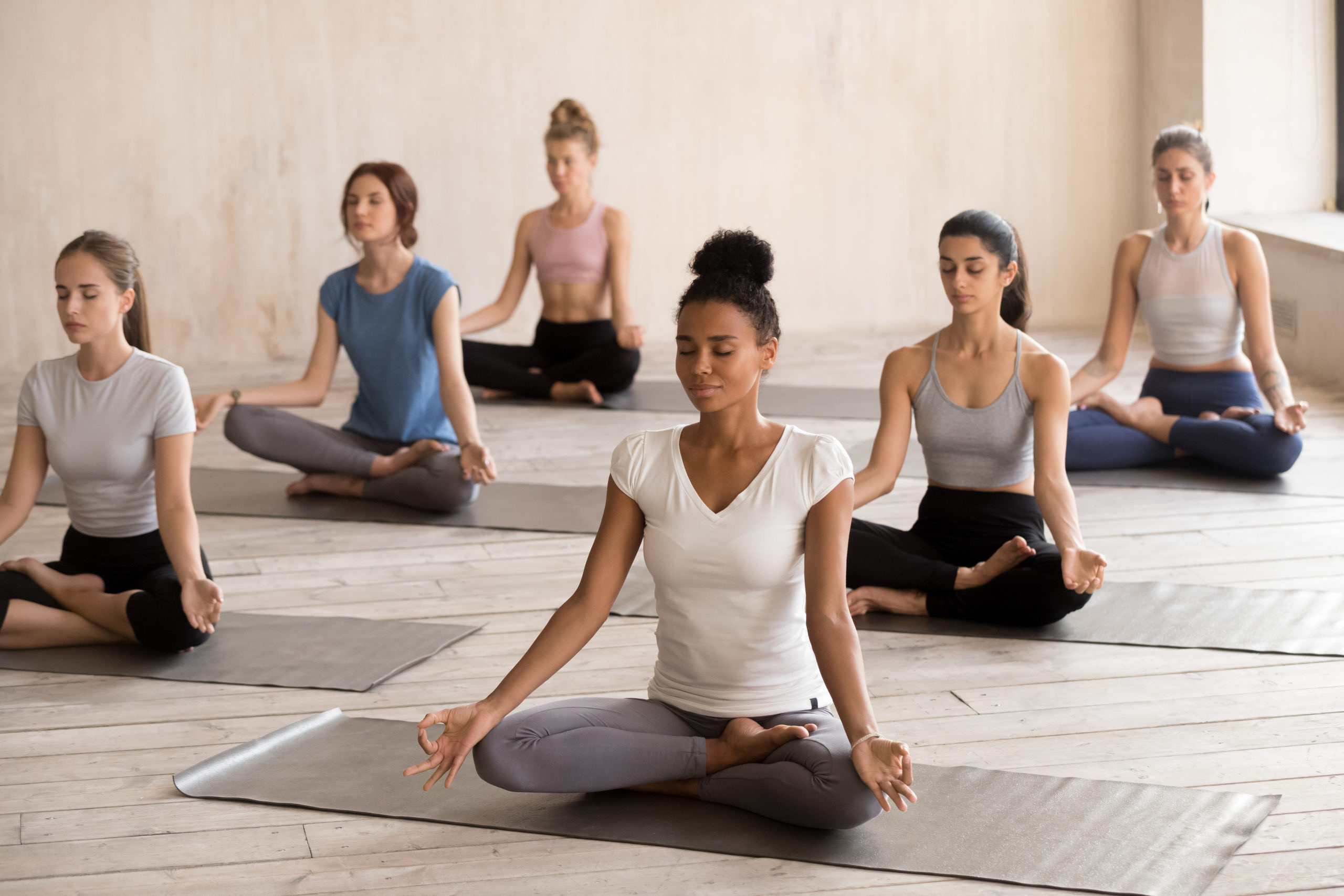 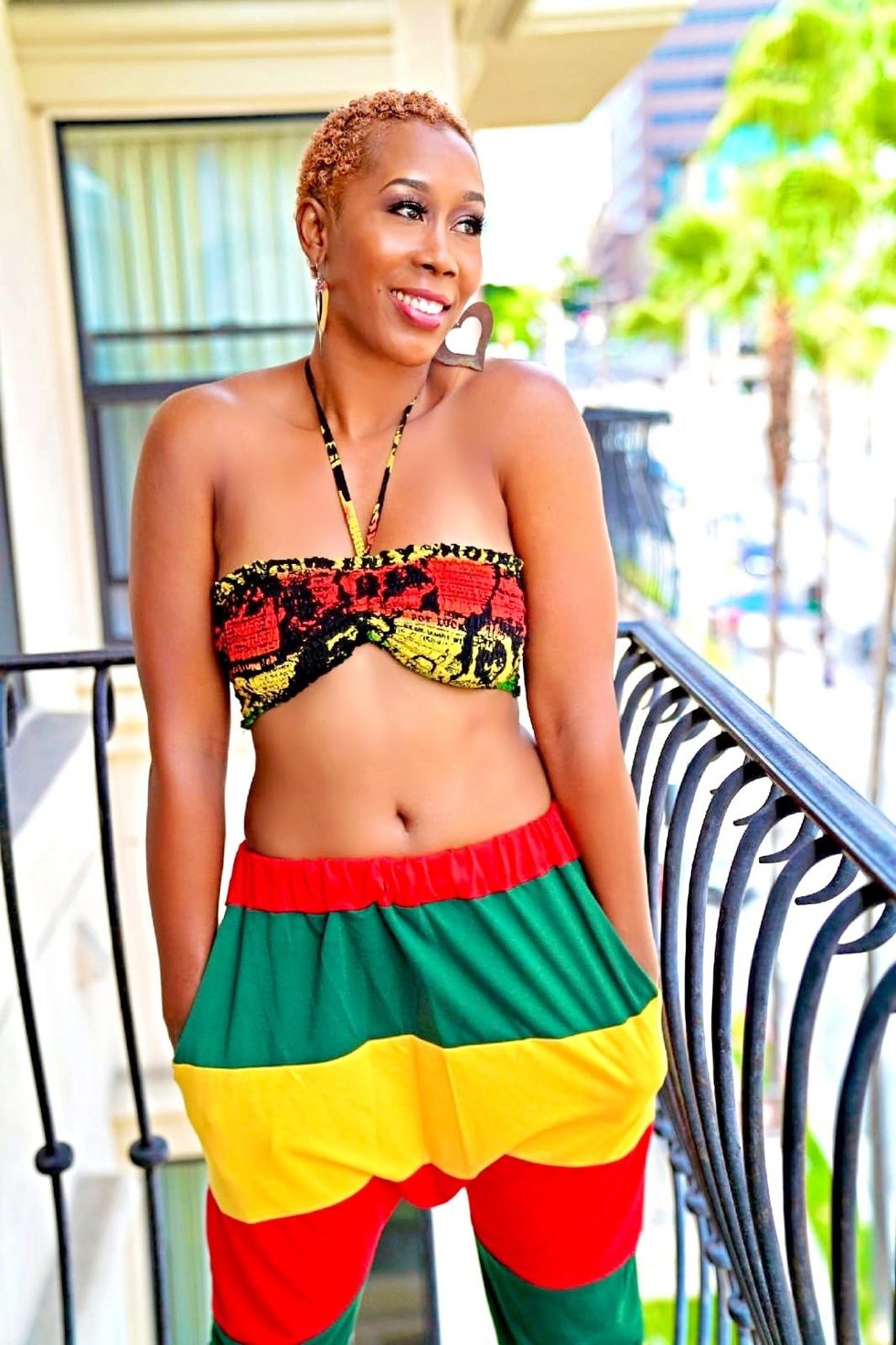 Three broken ribs, two broken ankles and one broken wrist. These are the last things a dancer wants to hear, let alone experience. On September 28, 2019, dancehall and soca choreographer and teacher Betty Rox found herself facing this reality when she was struck by a car while out for a walk in Los Angeles, California. She awakened in the arms of a caring stranger, unable to move. But despite her initial disorientation and multiple injuries, her optimistic mindset led her down a path to a speedy recovery.

For Tanishq Joshi (aka Taneesky), becoming a dancer was as unexpected as your music cutting off mid-performance. An unfortunate injury in his hometown of Indore, Madhya Pradesh, India, led to the more fortunate discovery of a new passion and a flourishing career.

Joshi broke down how his unique approach to choreography is helping him diminish stereotypes, open doors for South Asian dancers, and inspire the dance community at large. 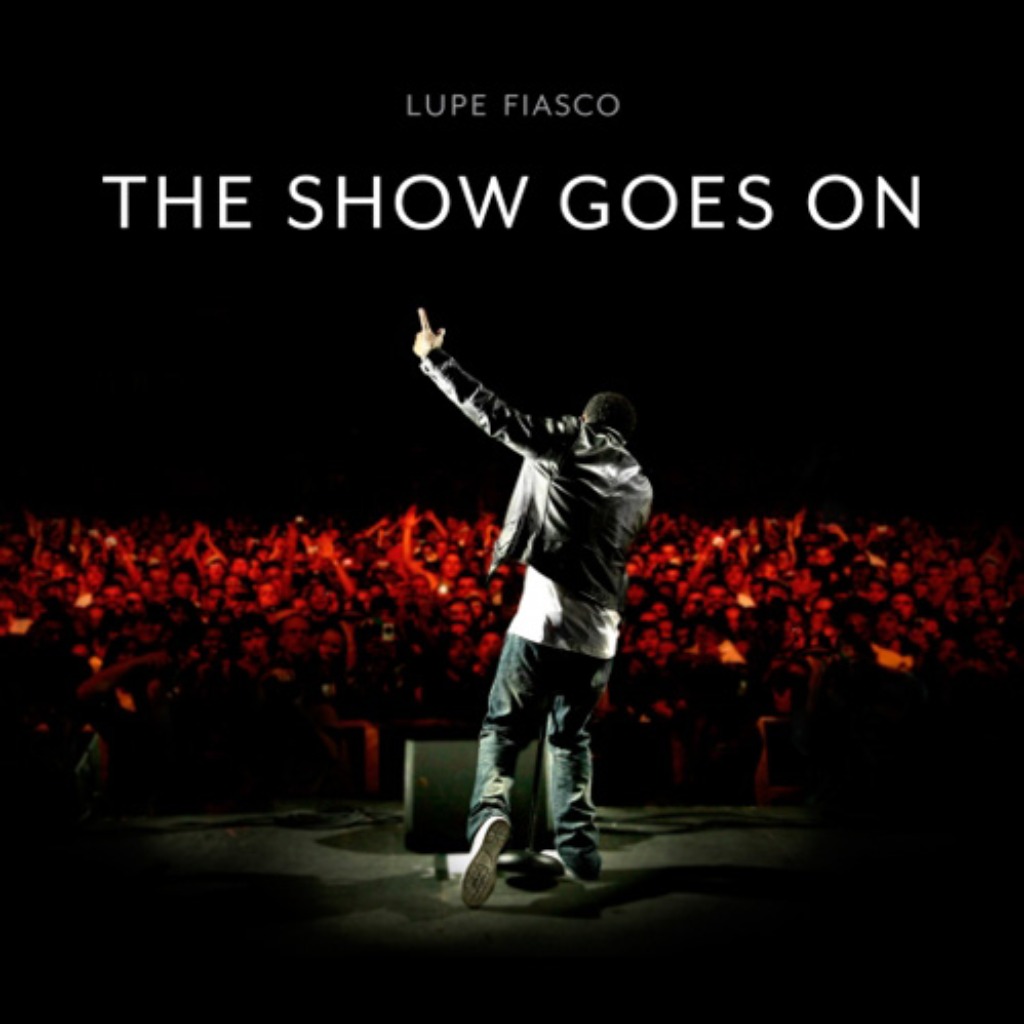 The Show Goes On

In one of his most popular hit singles, "The Show Goes On," Lupe Fiasco, a well-known rapper from Chicago, uplifts and urges his listeners to be themselves without being constrained by the opinions of others, encouraging people worldwide to never stop believing in themselves. Lupe utilizes optimistic expressions, figurative language, and inspirational imagery throughout the track, eliciting nonconformity and celebrating individuality, as well as self-trust and reliance.

The sanguine tone used in "The Show Goes On" plants a seed in the listener’s mind, letting them know that a positive mindset will get them through any hardship. In the first verse, Lupe states, "when times are hard, you stand up." Statements such as this one are useful in motivating listeners to separate themselves from their circumstances and rise up whenever times get tough. This is also exhibited in the line "so, even if they ban us, they’ll never slow my plans up," as Lupe is expressing that he’s not going to let anyone or anything become a barrier on his journey to success.

Fiasco builds on influential imagery throughout the melody by making use of phrases such as: "chains all on your soul," revealing that people are so accustomed to being controlled and treated poorly that they can be compared to slaves. He’s suggesting that people should be true to themselves and manage their own decisions rather than having them made for them. In the last verse, Lupe also says, "even if they turn the lights out, the show is going on."

For the duration of the tune, the significance of individuality is powerfully represented by Lupe Fiasco’s utilization of positive and promising imagery and figurative language. Within his depiction of goals and how you should approach them, he leaves listeners feeling stimulated and inspired. With the numerous amounts of individuals that have encountered difficulty at some point in their lives, Lupe Fiasco uses this track as a relatable, reassuring anthem that the world can resort to to prosper in spite of those hard times. This metaphor displays his extensive optimism in showing that no matter what negativity you may be facing, in order to keep moving forward in this show called life, we must develop this mentality to be able to pull through any situation thrown at us. These phrases are supportive in expressing the need for self-trust, exhibiting a celebration of individuality in addition to the need for the reformation of self and society.